The week I'm reading The Bungalow Mystery and probably The Mystery at Lilac Inn (Keene).  I'm also reading Very LeFreak (Cohn).  It sounds like a lot, but it takes about 2 hours to read a Nancy Drew. I'm listening to Lean Mean Thirteen (Evanovich).
Since last week I've finished Splendor (Godbersen), Nothing Pink (Hardy), The Secret of the Old Clock  and The Hidden Staircase (Keene) and Plum Lovin' (Evanovich).  On audio I finished Twelve Sharp (Evanovich).


Does My Head Look Big in This? - Randa Abdel-Farrah

(for the World Religion challenge)
Sixteen-year-old Amal makes the decision to start wearing the hijab full-time and everyone has a reaction. Her parents, her teachers, her friends, people on the street. But she stands by her decision to embrace her faith and all that it is, even if it does make her a little different from everyone else.

Can she handle the taunts of "towel head," the prejudice of her classmates, and still attract the cutest boy in school? Brilliantly funny and poignant, Randa Abdel-Fattah's debut novel will strike a chord in all teenage readers, no matter what their beliefs. 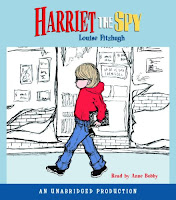 Harriet is determined to become a famous author. In the meantime, she practices by following a regular spy route each day and writing down everything she sees in her secret notebook. Her life is turned upside down when her classmates find her notebook and read it aloud! 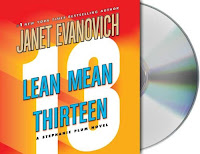 In her rollicking 13th Stephanie Plum adventure (after Twelve Sharp), bestseller Evanovich is in top, quirky form. Plucky, bumbling New Jersey bounty hunter Plum is reunited with her two-timing lawyer ex-husband, Dickie Orr, while doing a favor for the mysterious, sexy Ranger. But when Dickie disappears from his house leaving behind only bloodstains and bullet holes, Plum becomes the prime suspect in his alleged murder. Determined to clear her name, Plum and her on-again off-again Trenton cop boyfriend, the irresistible Joe Morelli, uncover Dickie's ties to a shady group of men involved in everything from money laundering to drug running. And when Dickie's jilted business partners decide Stephanie holds the key to the $40 million they believe Dickie stole from them, she's in for a wild ride. With the author's usual cast of eccentric side characters—everything from a taxidermist with a penchant for bombs to a grave-robbing tax man—Evanovich proves once again that Stephanie Plum and her entourage are here to stay.

Alice I have Been - Melanie Benjamin

Alice Liddell Hargreaves’s life has been a richly woven tapestry: As a young woman, wife, mother, and widow, she’s experienced intense passion, great privilege, and greater tragedy. But as she nears her eighty-first birthday, she knows that, to the world around her, she is and will always be only “Alice.” Her life was permanently dog-eared at one fateful moment in her tenth year–the golden summer day she urged a grown-up friend to write down one of his fanciful stories.

That story, a wild tale of rabbits, queens, and a precocious young child, becomes a sensation the world over. Its author, a shy, stuttering Oxford professor, does more than immortalize Alice–he changes her life forever. But even he cannot stop time, as much as he might like to. And as Alice’s childhood slips away, a peacetime of glittering balls and royal romances gives way to the urgent tide of war.
Posted by Andrea