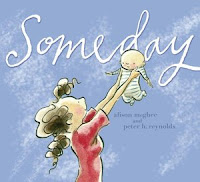 I went to the bookstore the other day to get books for my son's birthday and for Christmas for him and my daughter. I was looking for a hardcover picture book for each of them. And I saw this one. I actually cried in the bookstore and I rarely just cry in public. It is so sweet and sentimental and touching that I immediately put it in the buying pile. I had to get it for my girl. It is a short book with lovely pictures that carried the mother and child from infant hood to old age, told very simply but very poignant nonetheless. I'm not entirely sure how I will get through it without crying when I read it to her (to them both really) but I am going to try. 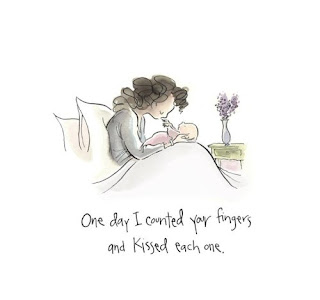 On the Night You Were Born by Nancy Tillman 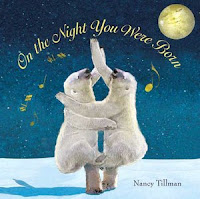 On the recommendation of my sister-in-law I got this book from the library to read to my kids. It is a lovely book about how special the child is and how their birth was a miracle and something to be celebrated. The illustrations are darling and it really is a sweet book. I enjoyed it and I will have to pick up a copy of it to keep. 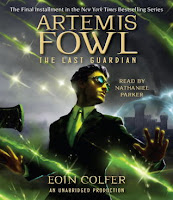 In the final installment of the Artemis Fowl series, Artemis is up against Opal again.  This time she is trying to open a magical gate that will lead to the destruction of mankind and will allow fairies to rule the world with her as the leader, of course. But the boy genuis and his friends will not allow that to happen especially since all of this takes place at Fowl Manor and Artemis' little brothers and Butler's sister are possessed by ancient fairy spirits bend on revenge against the humans.

An excellent finish to a great series! I am going to miss the adventures of Artemis Fowl, Holly Short, Butler and all the other great characters in this series. When I reviewed The Atlantis Complex I said I had no idea how the series would end. I guessed Opal would be involved and I was right. But I didn't really make any guesses beyond that because the Artemis Fowl books have always been surprising. And the ending of this book is really surprising and I enjoyed seeing Artemis grow so much as a person. He is such a different character in this book than in the first one and that is some amazing character growth. The adventure itself is sort of not again for the characters but it was fun and hilarious in some places. And I never doubted that they would win. I was genuinely surprised at how they won. Now I really want to go back and read the first book again, just to remind myself at how far the characters have come.

Nathaniel Parker is the narrator for this book and I enjoyed listening to him. He brings a great sense of urgency, excitement, and humor to his reading. I've pretty much only been listening to the Artemis Fowl books for a long time because they are great on audio and really one of the best audiobook series I've come across.
Posted by Andrea 1 comment: