I'm reading The Diamond Thief by Sharon Gosling. I'm not sure what I'm listening to next, honestly.

Sorry for the lack of posting around here. It's been next level busy at work and at home. I hope to get back to regular reading soon.
Posted by Andrea No comments:

I'm reading The Diamond Thief by Sharon Gosling. I'm listening to The House of Hades by Rick Riordian, read by Nick Chamian.

I'm reading Breadcrumbs by Anne Ursu. I'm listening to The House of Hades by Rick Riordian, read by Nick Chamian.

Last week I reviewed  A Corner of White by Jaclyn Moriarty and Viva Jacquelina! by L.A. Meyer, read by Katherine Kellgren. 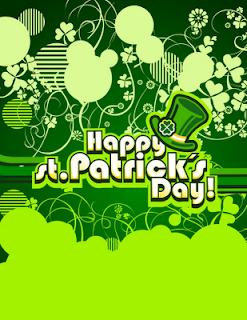 By day Remy Brunel is a daring circus acrobat, by night she is an equally talented jewel thief currently assigned to steal a famous diamond in Victorian London--but when the theft goes wrong she finds herself allied with a young policeman as they try to find the elusive gem.

Welcome to the Mystic Quarter…
Jillian Spectre knows what happens after you die.

Because the seventeen-year-old mystic seer can see the future of her clients even after they've passed on. And that's not even her coolest power…

She can be in two places at once. Problem is, her heart can only be in one.

Supernatural abilities aside, she's a typical high school senior torn between two guys. But that takes a back burner when she discovers the father she had long assumed was dead is actually alive, with unique powers of his own. He's a technopath, with the ability to interface his mind with technology. And he's got a plan to take down society.

Unless Jillian can stop him.

This is the story of a very special girl who learns that the power of love is more important than supernatural powers.

Pre-ordered on my Nook
The Cracks in the Kingdom by Jaclyn Moriarty (The Colours of Madeleine #2)
Publish date: March 25, 2014

Princess Ko's been bluffing about the mysterious absence of her father, desperately trying to keep the government running on her own. But if she can't get him back in a matter of weeks, the consequence may be a devastating war. So under the guise of a publicity stunt she gathers a group of teens -- each with a special ability -- from across the kingdom to crack the unsolvable case of the missing royals of Cello.

Chief among these is farm-boy heartthrob Elliot Baranski, more determined than ever to find his own father. And with the royal family trapped in the World with no memory of their former lives, Elliot's value to the Alliance is clear: He's the only one with a connection to the World, through his forbidden communications with Madeleine.

Through notes, letters, and late nights, Elliot and Madeleine must find a way to travel across worlds and bring missing loved ones home. The stakes are high, and the writing by turns hilarious and suspenseful, as only Jaclyn Moriarty can be.

Once upon a time, Hazel and Jack were best friends. They had been best friends since they were six, spending hot Minneapolis summers and cold Minneapolis winters together, dreaming of Hogwarts and Oz, superheroes and baseball. Now that they were eleven, it was weird for a boy and a girl to be best friends. But they couldn't help it - Hazel and Jack fit, in that way you only read about in books. And they didn't fit anywhere else.

And then, one day, it was over. Jack just stopped talking to Hazel. And while her mom tried to tell her that this sometimes happens to boys and girls at this age, Hazel had read enough stories to know that it's never that simple. And it turns out, she was right. Jack's heart had been frozen, and he was taken into the woods by a woman dressed in white to live in a palace made of ice. Now, it's up to Hazel to venture into the woods after him. Hazel finds, however, that these woods are nothing like what she's read about, and the Jack that Hazel went in to save isn't the same Jack that will emerge. Or even the same Hazel.

Inspired by Hans Christian Andersen's "The Snow Queen," Breadcrumbs is a story of the struggle to hold on, and the things we leave behind.

Email ThisBlogThis!Share to TwitterShare to FacebookShare to Pinterest
Labels: books I bought, From the Library, holidays, in the email, Weekly roundup

Madeleine and her mother have run away from their rich lifestyle and her father for mysterious reasons. Now living in a tiny apartment in Cambridge and eating beans for dinner every night, Madeleine's mother is determined to win a quiz show to make their lives better. Meanwhile, Madeleine is waiting for her father to show up and fix everything.
In the Kingdom of Cello, Elliot searches for his father who may or may not have been killed by a third-level Purple. In Cello, colours have power and one may have taken off his father and killed his uncle.
The two places are never suppose to meet but, thanks in a crack in the kingdom, there is a way to for Elliot to communicate with the World and with Madeleine in particular.

First, I love Jaclyn Moriarty. She is one of my favorites so I was pretty excited for her new fantasy/contemporary series. I found the concept of sentient and destructive colors really good and it's what attracted me to this book in the first place. The Kingdom of Cello is sort of Jasper Fforde without going full Jasper Fforde.

In a way, Elliot and Madeleine's loss of both their fathers, though it happens differently for each, parallels each other and I think a bond will be created in them looking for their fathers. One literally, the other metaphorically.  Elliot and Madeleine are both great characters and it's nice to see a good character arc for both in this book alone, so I wonder how the series is going to expand on their relationship. You have to love a series where the first book sets up the main mystery but doesn't do it with a last scene cliffhanger. It's going to be a steady mystery, I think.
Posted by Andrea 1 comment:

Viva Jacquelina! Being an Account of the Further Adventures of Jacky Faber, Over the Hills and Far Away by L.A. Meyer (Bloody Jack #10 ) (audio) 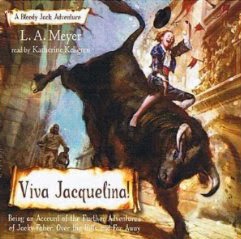 As always Jacky is a treat. I really enjoy her character and the situations that she finds herself in are always ridiculous and interesting and you know that somehow she will always come out ahead. So in that respect the books never change. Just the location and the boy who has caught her eye. She doesn't seem to mind her lads though Jamie is always first in her mind. And it's probably good for them to enjoy the company of others because I am sure they will ultimately end up together and sowing the wild seeds now is a good idea for Jacky. She's a lusty sort of girl and I love it. This adventure lands her in Spain around 1793 when Napoleon's brother is put on the throne. She falls in with a famous artist and does some entail for the British. After being a betrayed by a member of that household, she falls in with a band of gypsies. So this book explores Spain at that time period and some of its traditions, like the running of the bulls and its different culture.

I'm reading A Corner of White by Jaclyn Moriarty. I'm listening to The House of Hades by Rick Riordian, read by Nick Chamian.

I finished Viva Jacquelina! by L.A. Meyer, read by Katherine Kellgren last week so that review will be out this week. Last week was sparse as I was out of town for Mardi Gras.

Last week I reviewed Of Triton by Anna Banks.

A Corner of White by Jacyln Moriarty.

Madeleine Tully lives in Cambridge, England, the World – a city of spires, Isaac Newton and Auntie’s Tea Shop.
Elliot Baranski lives in Bonfire, the Farms, the Kingdom of Cello – where seasons roam, the Butterfly Child sleeps in a glass jar, and bells warn of attacks from dangerous Colours.
They are worlds apart – until a crack opens up between them; a corner of white – the slim seam of a letter.
A mesmerising story of two worlds; the cracks between them, the science that binds them and the colours that infuse them.

The House of Hades  by Rick Riordian, read by Nick Chamian. 17 hours, 30 minutes 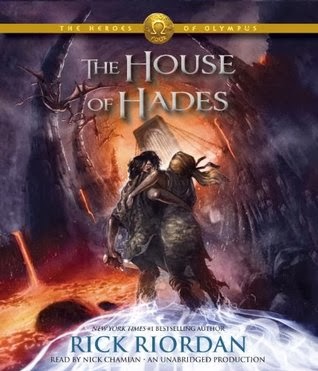 At the conclusion of The Mark of Athena, Annabeth and Percy tumble into a pit leading straight to the Underworld. The other five demigods have to put aside their grief and follow Percy’s instructions to find the mortal side of the Doors of Death. If they can fight their way through the Gaea’s forces, and Percy and Annabeth can survive the House of Hades, then the Seven will be able to seal the Doors both sides and prevent the giants from raising Gaea. But, Leo wonders, if the Doors are sealed, how will Percy and Annabeth be able to escape?

They have no choice. If the demigods don’t succeed, Gaea’s armies will never die. They have no time. In about a month, the Romans will march on Camp Half-Blood. The stakes are higher than ever in this adventure that dives into the depths of Tartarus.