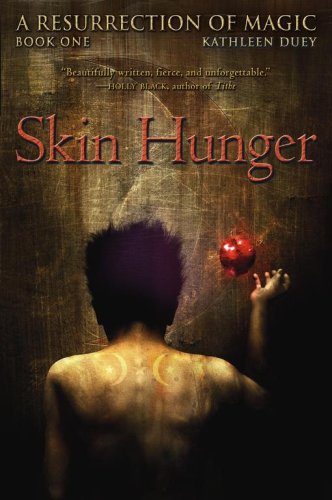 Sadima lives in a world where magic is outlawed and the country is ruled by a king. But she has a magic all her own, she can hear animals talk. One day she meets Franklin who works for a young nobleman and who invites her to the city. After the death of her father, she goes and finds that they are working on finding the lost magic.

Centuries later, Hahp lives in a world where magicians are revered. He has no particular magic skill but as the second son of a most hated father, he is sent to the magicians to learn magic. But only one student can graduate and the methods of teaching are most cruel indeed.


First, let me say that I listened to this on a Playaway. If you've never seen one or used one, they are portable little audiobooks the size of an mp3 player. They are most cool and enable me to save room on my player for music and they are very easy to use. Luckily my local library lends them out. Andy Paris is the narrator and he does an excellent job although he varies his speaking speed something and sometimes it is too slow. But he has a nice clear voice and he was easy to listen too.

Anyway, I liked this book although it was horrifying what they do to those poor boys. I'm really wondering how the story of Hahp and the story of Sadima tie into together. I guess I have to read the next book. Somiss, the nobleman, is insane and terrifying. Sadima is awesome and Franklin is pitiful. In the end I was ready for it to be over, but I wish there had been more answers. It ended on a crazy cliffhanger.
Posted by Andrea