So I thought I was clever and all with my From the Library meme, but it turn out (as I should have known) that there is already one called Library Loot which takes place on Wednesdays. I prefer Fridays though and even though I like participating in other's memes, I think I will continue with my From the Library Fridays. But if you are interested in what others got from the library, visit A Striped Armchair or Reading Adventures.

So I got quite a bit from the library this week. There are some for book challenges, but they all look good.

(For the GLBT challenge that starts July 1)


Kate was Lissa's best friend. They've shared everything for four years. Then one night at a drunken party, Kate leaned in to kiss Lissa, and Lissa kissed her back. And now Kate is pretending Lissa doesn't exist. Confused and alone, Lissa's left questioning everything she thought she knew about herself, and about life. but with the help of a free-spirit new friend, Lissa's beginning to find the strength to realize that sometimes falling in love with the wrong person is the only way to find your footing.


The Forest of Hands and Teeth - Carrie Ryan (I've heard great things about this book.) 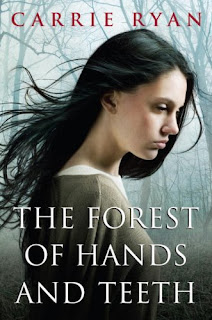 In Mary's world there are simple truths. The Sisterhood always knows best. The Guardians will protect and serve. The Unconsecrated will never relent. And you must always mind the fence that surrounds the village; the fence that protects the village from the Forest of Hands and Teeth. But, slowly, Mary’s truths are failing her. She’s learning things she never wanted to know about the Sisterhood and its secrets, and the Guardians and their power, and about the Unconsecrated and their relentlessness. When the fence is breached and her world is thrown into chaos, she must choose between her village and her future—between the one she loves and the one who loves her. And she must face the truth about the Forest of Hands and Teeth. Could there be life outside a world surrounded in so much death?


Hunger: A Gone Novel - Michael Grant (Can't wait to read this one!)

It's been three months since everyone under the age of fifteen became trapped in the bubble known as the FAYZ. Things have only gotten worse. Food is running out, and each day more kids are developing supernatural abilities. Soon tension rises between those with powers and those without, and when an unspeakable tragedy occurs, chaos erupts. It's the normals against the mutants, and the battle promises to turn bloody. But something more dangerous lurks. A sinister creature known as the Darkness has begun to call to the survivors in the FAYZ. It needs their powers to sustain its own. When the Darkness calls, someone will answer -- with deadly results.

Jonas' world is perfect. Everything is under control. There is no war or fear or pain. There are no choices. Every person is assigned a role in the Community. When Jonas turns 12, he is singled out to receive special training from The Giver. Now, it's time for Jonas to receive the truth. There is no turning back. 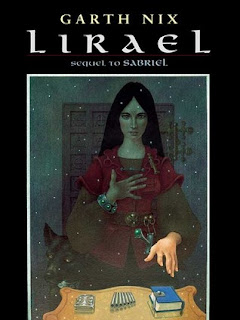 
Lirael has never felt like a true daughter of the Clayr. Now, two years past the time when she should have received the Sight that is the Clayr's birthright, she feels alone, abandoned, unsure of who she is. Nevertheless, the fate of the Old Kingdom lies in her hands. With only her faithful companion, the Disreputable Dog, Lirael must undertake a desperate mission under the growing shadow of an ancient evil.
In this sequel to Sabriel, winner of the Aurealis Award for Excellence in Australian Science Fiction, New York Times best-selling author Garth Nix weaves a spellbinding tale of discovery, destiny, and danger.


Scruples - Judith Krantz (for the Take a Chance Challenge)

Scruples was the temple of high fashion where the rich and superchic could sip champagne, browse and buy the most beautiful clothes in the world. It was the brainchild of the fabled Billy Ikehorn, whose ruthless search for fulfillment would lead her from lover to lover.

Francine Green doesn't speak up much, and who can blame her? Her parents aren't interested in her opinions, the nuns at school punish girls who ask too many questions, and the House Committee on Un-American Activities is blacklisting people who express unpopular ideas. There's safety in silence. Francine would rather lose herself in a book, or in daydreams about her favorite Hollywood stars, than risk attracting attention or getting in trouble. But when outspoken, passionate Sophie Bowman transfers into Francine's class at All Saints School for Girls, Francine finds herself thinking about things that never concerned her before free speech, the atom bomb, the existence of God, the way people treat each other. Eventually, Francine discovers that she not only has something to say, she is absolutely determined to say it. Once again, Karen Cushman follows a young woman's progress toward her true self, this time exploring the nature of friendship and the experience of growing up Catholic in an era that is both fascinating and relevant to today's young people.


Gilda Joyce: The Dead Drop (I had read the other books in this series last summer so I'm excited this one is out. It's such a good series.)

When Gilda lands a summer internship at Washington, D.C.’s International Spy Museum, she finds herself embroiled in both a museum haunting and a real case of espionage. While investigating a cemetery where Abraham Lincoln’s son was once buried, Gilda stumbles upon a spy’s “dead drop” of classified information. Gilda’s efforts to decode the cryptic message lead to further intrigues: Is she on the trail of a mole operating inside the U.S. intelligence community? Aware that “nothing is what it seems” when it comes to spies in Washington, D.C., Gilda faces the most serious challenge yet in her career as a psychic spy.

*all book descriptions taken from GoodReads
Posted by Andrea