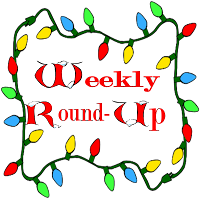 This week I'm reading The Mystery of the 99 Steps (Keene) and Delirium (Oliver).

Since last week I've read The Moonstone Castle Mystery and The Phantom of Pine Hill (Keene).

A mysterious outbreak of typhoid fever is sweeping New York. Could the city’s future rest with its most unlikely scientist? If Prudence Galewski is ever going to get out of Mrs. Browning’s esteemed School for Girls, she must demonstrate her refinement and charm by securing a job appropriate for a young lady. But Prudence isn’t like the other girls. She is fascinated by how the human body works and why it fails. With a stroke of luck, she lands a position in a laboratory, where she is swept into an investigation of the fever bound to change medical history. Prudence quickly learns that an inquiry of this proportion is not confined to the lab. From ritzy mansions to shady bars and rundown tenements, she explores every potential cause of the disease. But there’s no answer in sight—until the volatile Mary Mallon emerges. Dubbed “Typhoid Mary” by the press, Mary is an Irish immigrant who has worked as a cook in every home the fever has ravaged. Strangely, though, she hasn’t been sick a day in her life. Is the accusation against her an act of discrimination? Or is she the first clue in a new scientific discovery? Prudence is determined to find out. In a time when science is for men, she’ll have to prove to the city, and to herself, that she can help solve one of the greatest medical mysteries of the twentieth century. 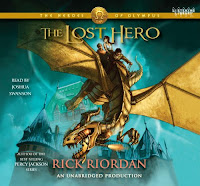 Jason has a problem. He doesn’t remember anything before waking up on a school bus holding hands with a girl. Apparently he has a girlfriend named Piper. His best friend is a kid named Leo, and they’re all students in the Wilderness School, a boarding school for “bad kids”, as Leo puts it. What he did to end up here, Jason has no idea — except that everything seems very wrong.

Piper has a secret. Her father, a famous actor, has been missing for three days, and her vivid nightmares reveal that he’s in terrible danger. Now her boyfriend doesn’t recognize her, and when a freak storm and strange creatures attack during a school field trip, she, Jason, and Leo are whisked away to someplace called Camp Half-Blood. What is going on?

Leo has a way with tools. His new cabin at Camp Half-Blood is filled with them. Seriously, the place beats Wilderness School hands down, with its weapons training, monsters, and fine-looking girls. What’s troubling is the curse everyone keeps talking about, and that a camper’s gone missing. Weirdest of all, his bunkmates insist they are all—including Leo—related to a god.