Glee: The Beginning by Sophia Lowell 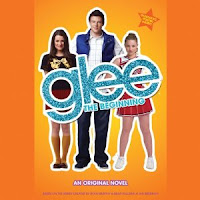 Find out the story that happened before the first episode of Glee.  How Rachel became involved with show choir, Quinn and Puck's attraction and how Quinn and Finn became a couple in this prequel to the television series.

No offense, but it turns out Glee is less charming without the music and the actors to pull it off.  Not that the book was bad.  It was well written.  I think that the book just lack some of the charm that the TV had when it first came on.  It was interesting to see the dynamics of the group before the show started.  I hadn't had the impression that Mercedes, Kurt, Artie and Tina were in the glee club before Mr. Schuester took over, but apparently they were.  And Puck and Quinn had their attraction even before she decided to start dating Finn.  So the dynamics were different than the ones explored in the show.  But I don't know.  Maybe it is because it took me forever to finish the damn thing, but I was less than enthralled.  I rarely read based on a (fill in the blank) books so that might have been it.  Still it is a pretty cute book, especially if you are a big Gleek.

Whisper in my Ear
Alphabet Challenge
Posted by Andrea