I'm reading Once Upon a Thriller by Carolyn Keene (Nancy Drew Diaries) and All Joy and No Fun by Jennifer Senior. I'm listening to Chronicles of the Red King: The Secret Kingdom by Jenny Nimmo, read by John Keating.

Last week I reviewed The Murder at the Vicarage by Agatha Christie, narrated by Richard E. Grant. 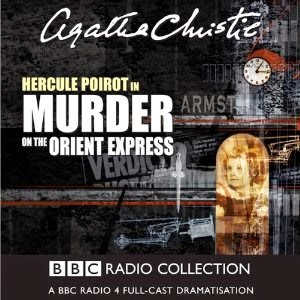 An international cast of suspects, all passengers on the crowded train, are speeding through the snowy European landscape when a bizarre and terrible murder brings them to an abrupt halt. One of their glittering number lies dead in his cabin, stabbed a mysterious twelve times. There is no lack of clues for Poirot - but which clue is real and which is a clever plant? 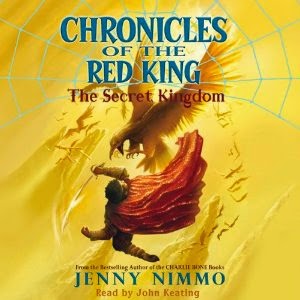 An extraordinary quest, a magician’s powers, and the journey to find a kingdom.... Timoken is a prince from a secret kingdom. Before his birth, a forest-jinni bestowed upon him two magical gifts: a cloak made from the web of the last moon spider, and a potion called Alixir, the water of eternal life. Yet in exchange for the protection of these gifts, Timoken will always have one foot in the world of men and the other in the strange world of magic. When his peaceful kingdom is suddenly attacked, Timoken, and his sister, Zobayda, flee in search of a new land to call home, with only the jinni’s gifts and a talking camel. But the journey is wrought with danger, as Timoken and Zobayda are being hunted by viridees - evil creatures from the realm of enchantments that desperately seek the moon cloak. If Timoken ever hopes to escape the viridees and find a new kingdom, he must learn to harness his powers, and trust those he meets along the way. 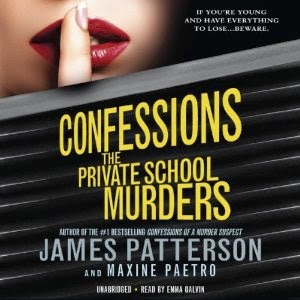 Tandy Angel may have played the hero when she solved the case of her magnificently wealthy parents' mysterious deaths, but she isn't done yet. Her brother, Matthew, stands trial for homicide, young girls are found murdered all around New York's Upper West side, and Tandy is determined to use her piercing intellect to get to the bottom of both cases. But the biggest mystery of all may be what actually happened to James Rampling, the handsome son of a family enemy, whom Tandy fell in love and ran away with - though most of her memories of the affair are disturbingly absent....
The confessions keep coming as Tandy delves even deeper into her own tumultuous history and the skeletons in the Angel family closet.

Once Upon a Thriller by Carolyn Keene (Nancy Drew Diaries #4)

Nancy and her friends need more than book smarts to get to the bottom of a literary mystery in this fourth book of the Nancy Drew Diaries, a new take on the classic series.


A rash of crimes in a neighboring town—a blazing fire at a bookstore, a boat that sinks in the harbor, and a valuable dog’s dognapping—are eerily similar to the plots from famous mystery writer Lacey O’Brien’s popular books. So who’s behind the crimes? Could it be Lacey looking for publicity? One of Lacey’s superfans? Or maybe it’s Paige Samuels, owner of the bookstore that burned. Nancy, Bess, and George will have to read between the lines as they dig deep into a dangerous mystery.