I'm reading Dorthy Must Die by Danielle Paige and The Diamond Thief by Sharon Gosling. I'm listening to Why We Broke Up by Daniel Handler, read by Khristine Hvam.

Last week I reviewed The Here and Now by Ann Brashares and The House of Hades by Rick Riordian.

Dorothy Must Die by Danielle Paige

I didn't ask for any of this. I didn't ask to be some kind of hero.
But when your whole life gets swept up by a tornado—taking you with it—you have no choice but to go along, you know?

Sure, I've read the books. I've seen the movies. I know the song about the rainbow and the happy little blue birds. But I never expected Oz to look like this. To be a place where Good Witches can't be trusted, Wicked Witches may just be the good guys, and winged monkeys can be executed for acts of rebellion. There's still the yellow brick road, though—but even that's crumbling.

What happened?
Dorothy. They say she found a way to come back to Oz. They say she seized power and the power went to her head. And now no one is safe.

My name is Amy Gumm—and I'm the other girl from Kansas.
I've been recruited by the Revolutionary Order of the Wicked.
I've been trained to fight.
And I have a mission:
Remove the Tin Woodman's heart.
Steal the Scarecrow's brain.
Take the Lion's courage.
Then and only then—Dorothy must die 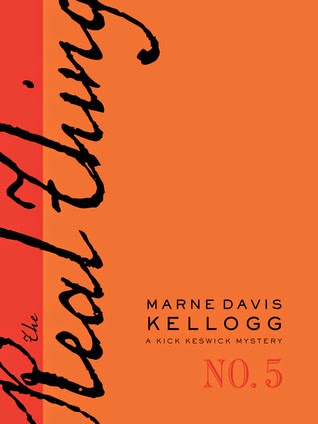 Kick is retired and settled into her comfortable Provencal life on her farm, Le Petit Pomme. But when one of Paris’s most exclusive jewelry stores is robbed for several million dollars worth of jewels and two security guards are killed in the heist, Kick’s husband, Sir Thomas Curtis, head of the International Security Task Force, asks her to help.

Kick soon finds herself on a high-speed train ride to the Côte d’Azur tracking the ringleader of one of Europe’s most dangerous gangs.

Humans and androids crowd the raucous streets of New Beijing. A deadly plague ravages the population. From space, a ruthless lunar people watch, waiting to make their move. No one knows that Earth’s fate hinges on one girl.

Cinder, a gifted mechanic, is a cyborg. She’s a second-class citizen with a mysterious past, reviled by her stepmother and blamed for her stepsister’s illness. But when her life becomes intertwined with the handsome Prince Kai’s, she suddenly finds herself at the center of an intergalactic struggle, and a forbidden attraction. Caught between duty and freedom, loyalty and betrayal, she must uncover secrets about her past in order to protect her world’s future.

Right before they started high school, Colette’s best friend, Sadie, dumped her. Three years later, Colette is still lonely. She tries to be perfect for everyone left in her life: her parents, her younger brothers, her church youth group, even her boyfriend, Mark. But Colette is restless. And she misses Sadie. Then Sadie tells Colette that she needs her old friend to join her on a family vacation to the Greek Islands, one that leaves in only a few days, and Colette is shocked to hear their old magic word: need. And she finds herself agreeing. Colette tries to relax and enjoy her Grecian surroundings but it’s not easy to go on vacation with the person who hurt you most in the world. When the reason for the trip finally surfaces, Colette finds out this is not just a fun vacation. Sadie has kept an enormous secret from Colette for years . . . forever. It’s a summer full of surprises, but that just might be what Colette needs.

Fantastic Beasts and Where to Find Them by Newt Scamander (J.K. Rowling)

A copy of Fantastic Beasts and Where to Find Them resides on almost every wizarding household in the country. Now, for a limited period only, Muggles too have the chance to discover where the Quintaped lives, what the Puffskein eats, and why it is best not to leave milk out for a Knarl.


The Girl Who Soared Over Fairyland and Cut the Moon in Two (audio) by Catherynne M. Valente, read by the author. 8 hours, 23 minutes. 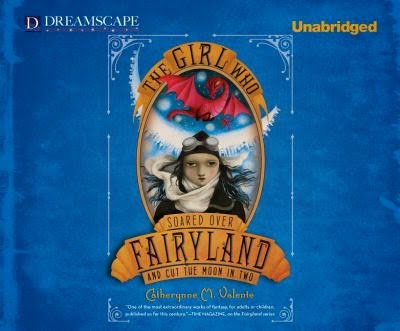 September misses Fairyland and her friends Ell, the Wyverary, and the boy Saturday. She longs to leave the routines of home, and embark on a new adventure. Little does she know that this time, she will be spirited away to the moon, reunited with her friends, and find herself faced with saving Fairyland from a moon-Yeti with great and mysterious powers.

Email ThisBlogThis!Share to TwitterShare to FacebookShare to Pinterest
Labels: books I bought, From the Library, in the email, weekly round-up